The Best Way to Wash Fruit and Vegetables

How might we reduce our exposure to pesticide residues on fruits and vegetables? What about staying away from imported produce? Well, it turns out domestic produce may be even worse, dispelling the notion that imported fruits and vegetables pose greater potential health risks to consumers.

Buying organic dramatically reduces dietary exposure to pesticides, but it does not eliminate the potential risk. Pesticide residues are detectable in about one in ten organic crop samples, due to cross-contamination from neighboring fields, the continued presence of very persistent pesticides like DDT in the soil, and accidental or fraudulent use.

By choosing organic, one hopes to shift exposures from a range of uncertain risk to more of a range of negligible risk, but even if all we had to eat were the most pesticide-laden of conventional produce, there is a clear consensus in the scientific community that the health benefits from consuming fruits and vegetables outweigh any potential risks from pesticide residues. And we can easily reduce whatever risk there is by rinsing our fruits and vegetables under running water. 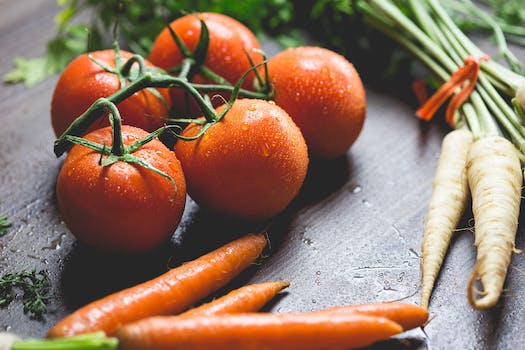 There is, however, a plethora of products alleged by advertisers to reduce fruit and produce pesticide residues more effectively than water and touted to concerned consumers. For example, Procter & Gamble introduced a fruit and vegetable wash. As part of the introduction, T.G.I. Friday’s jumped on board bragging on their menus that the cheese and bacon puddles they call potato skins were first washed with the new product. After all, it was proclaimed proven to be 98% more effective than water in removing pesticides.

So researchers put it to the test and it did no better than plain tap water.