Infants and Toddlers Eat Too Much Sugar, Research

Researchers, using data from the Centers for Disease Control and Prevention, found that from 2011 to 2016, 98 percent of toddlers ages 12 to 23 months consumed added sugar in fruit drinks, baked goods, candy and ready-to-eat cereals. Black toddlers ate the most added sugar — about eight teaspoons a day — while toddlers of Asian descent consumed the least, about 3.7 teaspoons a day.

“The most important thing to take away is that added sugars are everywhere,” said the study’s lead investigator, Kirsten Herrick, who now works at the National Cancer Institute’s cancer control and population sciences division. “What is surprising is how added sugar quickly exceeds the recommended daily amounts.”

The researchers also found that about 60 percent of infants up to 11 months old consumed added sugar in yogurt, baby snacks and flavored milk, among other foods — about one teaspoon of sugar per day. The study size was too small to make scientific conclusions about race, Dr. Herrick said. The findings were published on Thursday in The Journal of the Academy of Nutrition and Dietetics.

Added sugars include any sweetener, including cane sugar and high-fructose corn syrup, that does not occur naturally in food. The American Heart Association advises that toddlers and infants completely avoid sugar-sweetened drinks. Other studies, Dr. Herrick said, suggest that older children limit sugar to six teaspoons per day. 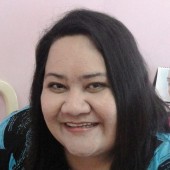