Do I Need to Eat Breakfast?

Do you really need to eat breakfast everyday? Well, the short answer is no, you don’t despite  the common myth that so many people are trying to tell us that breakfast is the most important meal of the day. It’s better really to only eat when you’re hungry.

Now whether you’re hungry when you wake up depends on well, quite a number of factors such as what you ate the night before. Now if you were out at a meal with friends, say and you had a nice big dinner, well you may not be hungry when you wake up; it’s as simple as that, or you could have spent your time on the couch in front of the tele just giving in to temptation and snacking away on all sort of things. The point is whether you eat or not first thing in the morning really depends on a whole host of different things.

Hunger just may not be instant when you wake up. Many people are like that. Some morning when I get up I don’t want to eat a thing. Other mornings I wake up and the first thing I want is bacon and eggs so I’ll have bacon and eggs, it’s as simple as that.

For some other people it might not trigger until you’ve done some exercise. Now that can be as simple as walking to work or going up the stairs when you get to your office or whatever it might happen to be. The point is that if you are hungry first thing in the morning; don’t go too long before you start eating otherwise there will be a tendency to overeat. In the west in particular we have been stucked in a conventional timetable about when we should eat whereas really spreading what we eat throughout the day is probably a much better idea if you were on a conventional diet of course.

The bottom line is for most of us, what you eat really should suit the healthy eating plan that you’ve decided to embark on. So at the end of the day, is it better to eat breakfast or not? Well that really depends on you. If you want to have breakfast, have breakfast. If you’re not hungry, leave it till a bit later in the day. You’ll enjoy your food a lot more that way. 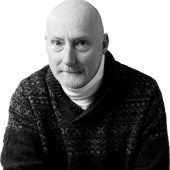